Vlada Tomova has been living in New York together with her husband Chris Rael (famous US musician) and their son. She performs Bulgarian and Balkan folklore music, Sephardic melodies and original compositions. In recent years she has been staying more often in Bulgaria together with little Alexander. She is convinced that through his stay in Bulgaria her child would naturally get in touch with his roots. Some time ago the children’s Alphabet Song, created to make learning easier became very popular in the Young Bulgarian Voices School in New York.

Later this song became popular in Bulgaria too. Vlada Tomova’s new song is called "My Heart and I Are One". The song and the video, filmed in Bulgaria, were officially published on March 3 – Bulgaria’s Liberation Day.

“This is a song that was born quite spontaneously on the plane during my trip between Sofia, New York and Seattle,” Vlada says. “The lyrics were born from the feeling that leaving Bulgaria, I was also leaving part of my heart there. Once again during a flight, this time to Bulgaria the music started to be born and that was very exciting. The occasion then to go to Sofia was a concert in the Bulgarian National Radio. After we entered the studio with the wonderful musicians from my Bulgarian band, we recorded the song. We received support from the Bulgarian International Television and shot the video at one of my favorite places in Sofia.”

“Vlada also says that this year for the first time she organized a contest, called ‘What I do,’ aimed at projects related to children's art and educational programs. Schools, community centers, kindergartens, children’s centers, etc. can participate in the project. To illustrate the activities, participants must send video and photo materials. The best will be spread through social networks and media, and the winner will receive financial support from the funds raised from sales of the song ‘My Heart and I Are One’.”

“As someone who has been living abroad, I want to support Bulgaria, where I was born and raised. After the presentation of ‘Alphabet Song’ in some kindergartens in the country, I was very impressed by the work of pedagogues who enthusiastically and with great love work with children although they sometimes have scarce resources. Bulgarian children are fantastic and they are the future of this country. I think organizing this competition is a very good cause. This way the work of pedagogues will be seen by many people in Bulgaria. I am confident that we would attract the attention of Bulgarian communities abroad that through the creation of Bulgarian weekend schools aim at preserving the national spirit. All money from sales of the song for a year after its release will be donated to the winner school or community center, in order to support its programs related to working with children.”

Thre are a number of candidates who have already sent their presentation, but Vlada expects that their number would rise by the end of the month when the deadline ends.

Every year on 24 May, the day of Bulgarian education, culture and the Slavic alphabet, Bulgarians from the Czech Republic, Slovakia, Hungary, Austria and Germany throng to the village of Mikulčice in the Czech Republic. A lot of other.. 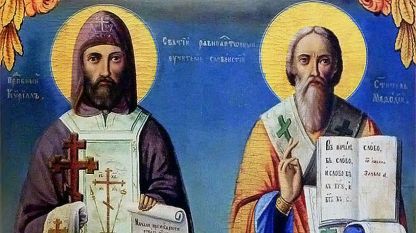 24 May, the brightest Bulgarian holiday

On 24 May Bulgaria celebrates the Day of the Slavic Script and of the Bulgarian Education and Culture. The Holiday of Letters – this is how we have been thinking of this day since childhood. This is the day to pay homage to the creators of the Slavic.. 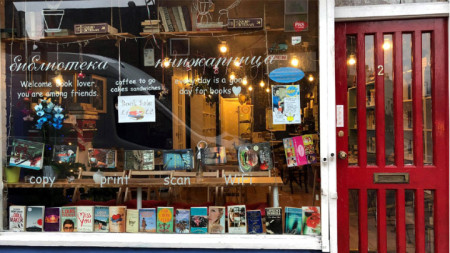 Elina Stoyanova has created home for Bulgarian books in London

"London is Open” is a major campaign of London mayor Sadiq Khan aimed to show that London was united and open for business and to the world. The campaign continues to spread the message that the city was a hospitable place to live in,..