The Financial Times with new investment in Bulgaria 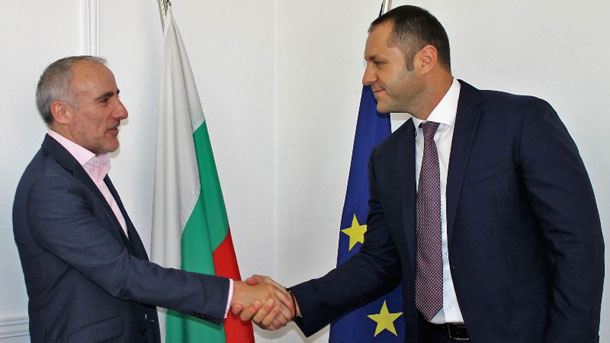 The Financial Times is launching a new investment in Bulgaria. The news was announced after a meeting between Deputy Economy Minister Alexander Manolev and John Kundert, the Financial Times Chief Technical Officer.

The company plans to open an IT development centre in Bulgaria. Deputy Minister Manolev commented that this initiative was one more positive signal for the Bulgarian economy, laying an emphasis on the fact that Bulgaria has the fastest developing information and communications technologies sector in Southeastern Europe.

The government has approved a 30% increase in the salaries of public administration employees who work on the front lines in the fight against Covid-19, as well as for those who work in direct contact with other people.  Part of the funds goes to.. Clashes have occurred between masked men and protesters against the government before and after the national conference of GERB political party held today in Sofia .  Some of the young people who attacked the demonstrators also showed physical.. PM Borissov: We are not afraid of a caretaker cabinet, I am ready with different options, including to leave

“I am ready to leave at any time, I have done it before. I do not want there to be any tension on my account.” With these words Prime Minister Boyko Borissov addressed over 3,000 delegates at today’s party conference of the ruling.. The probability of a second peak of Covid-19 is real. The pandemic is steady, depending on level of compliance with anti-epidemic measures. We are..

The measures introduced against the coronavirus infection in Bulgaria are sufficient. There is no need to expand them or introduce new ones. This was..