“Aprons have played an important role in the life of women. The first thing the newborn girl was wrapped up in was the old apron of her paternal grandmother, a ritual symbolizing the passing on of power. There are different kinds of aprons – girls’ aprons and wedding aprons, there are aprons that are worn one year after the wedding, others are worn when the first child is born, there are aprons worn by widows…” says Toma Belev who has a magnificent collection of 300 Bulgarian aprons. The well-known environmentalist has been putting his collection together for over 15 years, and for him it is a way to take a break from the everyday. But not every apron is capable of grabbing his interest.

“When I see something it has to touch me inside. An apron can be very beautiful but if it doesn’t touch my heart it is of no interest to me. The aprons I find fascinating are the ones with a history one can “read” from the garment itself, especially the kind of aprons which had vanished by the 20th century. They are mostly in bad repair but what they show is the way the costume, the aesthetics developed and that is interesting to me as a collector,” Toma Belev says.

Bulgarian women made all their clothes themselves, they selected the materials, the colours, the elements, and aprons were by way of calling cards.

“No apron is ugly, every woman with a style of her own saw beauty in a certain way,” Toma Belev goes on to say. “By looking at an apron one can tell which town or village the woman or girl comes from. The older the woman, the more muted the colours of her apron. Beads, embroidery, coins, tassels, lace were all there to make the apron more attractive, especially with younger women looking for a husband.”

Aprons were once a sign of affluence. Toma Belev’s collection includes ornately decorated aprons made of expensive material and with metal threads woven into them, but also aprons that belonged to very poor women – simple, and, at first glance quite ordinary, but each one made with incredible taste. There is one apron that is absolutely striking – made of red velvet, with fine, elegant embroidery, typical of the region of Sakar (the mountainous region in Southeastern Bulgaria)

“This apron was worn for so long that there are many patches where it is threadbare. This means that the woman had many festive occasions on which to wear it, something any woman could wish for,” Toma Belev says. Bees – one of the oldest symbols of the Mother Goddess - are elements of Bulgarian aprons, and they can be seen on the aprons in Toma Belev’s collection. Other interesting items from the collection are the aprons that are in one dark colour with wreathes of flowers on them. They appeared during the 19th century. Wedding aprons are very rare because traditionally, women are not buried in clothes that are typical of an older woman, but in the clothes she wore on their wedding day. There are aprons Toma Belev avoids:

“Except as a gift, there has never been a child’s apron in my collection. The apron of a child was handed down in the family, from girl to girl. When I see a children’s apron up for sale, I never want to buy it, because that means that the family either never had a girl, or didn’t want to keep the tradition. I find that very sad,” says Toma Belev and adds, that what makes the collection special is that it conveys information about the taste and aesthetics of this item of clothing. “It is a vanished world and all we can do is try to understand it by looking at the clothes. There isn’t a lot of material evidence of what tastes were like in those days. This is evidence we should preserve and display because it can be truly inspiring.” 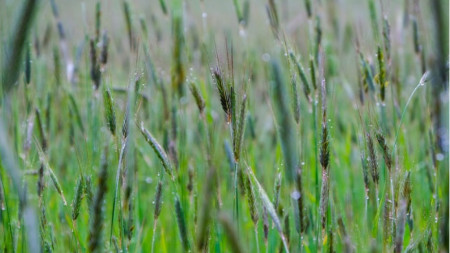 "Spasovden" is the popular name of the Feast of the Ascension, which the Orthodox Church celebrates on the fortieth day after Easter. In Bulgarian folklore traditions, the holiday is associated primarily with the belief that on Thursday before..

Mice in folklore beliefs and traditions

Charismatic, intelligent, creative, extremely active and gregarious… According to the Chinese horoscope these are just some of the admirable qualities possessed by people born in the Year of the Rat – the first of the 12 years from the Chinese..

There was a time in the past when the streets of Bulgarian villages were filled with the songs of the lazarki girls on Saint Lazarus Saturday, performing the traditional ritual called “lazaruvane”. In this Bulgarian custom, young girls would..