“On the way to the sea we spent a wonderful day in Sliven, known as the city of the hundred voivodes. One of the most interesting places we visited there was the late antique and medieval fortress Touida."- this is probably how a tourist would start their story about visiting Sliven and this historical landmark located near the central part of the city, which is impressive with its well-preserved walls.

The fortress is located on the Hisarlaka hill, in the northeast part of Sliven, which makes it easily accessible to guests and residents of the city.

Archeologists started the detailed study of Tuidain 1982. Two gates - north and south, four towers, the fortress walls, residential and farm premises were unearthed. Many artifacts have also been found. Thanks to an epigraphic monument with an inscription that was discovered, the fortress’s authentic name - Tuida became known. It is believed that as early as the third century, a Thracian settlement existed near Hisarlaka. The fortress itself was built in the mid-4th century on an area of ​​42 decares. "Tuida was used for centuries - during the Roman Empire, Byzantium and during the time of medieval Bulgaria. Today it is a historical site managed by the municipality of Sliven,” says guide Denitsa Zhecheva.

"The fortress is situated on a hill and it was an administrative center, where the elite of society - the rulers and defenders of the city, lived. We also know that there were barracks and the population lived outside the fortress wall, at the foot of the fortress. In case of danger, people hid behind the fortress walls. They were able to withstand a siege for a long time, and in case ofheavy attacks they could flee to the mountain through a secret tunnel that leads to the nearby Novoselska River. A curious fact is that archaeologists have discovered a wax candle used by people to light their way. Part of the tunnel, has collapsedbut It is to be restored and we all hope that someday tourist will be able to pass through it." Citizens of Slivenoften visit the fortress. Animated video shows visitors how people in these lands lived in the past. "Every day, anyone who visits the site can shoot a bow, dress in a medieval costume and take photographs, as well as learn interesting facts about history, life and cuisine of the people of antiquity," says Denitsa Zhecheva.

"Visitors can immerse in history, test their skills in a craft workshop, make their own souvenir and leave Tuida in a good mood. We have focused on presenting ancient crafts like weaving and making wool felt, which was used to insulate homes in the past. The municipality fully supports all of our cultural and educational initiatives on the territory of the fortress. Open classes and activities for children are organized here, too. There is an amphitheater and an outdoor stage. Many concerts are held and in 2019 the Stara Zagora Opera performed here.Behind the fortress walls, sports events and competitions are also organized, as well as various art festivals." 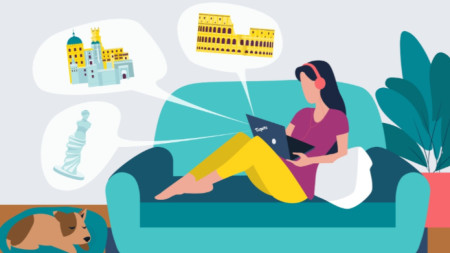 Many museums and art galleries offer virtual tours on their internet pages during the COVID-19 crisis and the state of emergency. Thus, users can see and enjoy their rich collections of paintings and artifacts while staying at home... 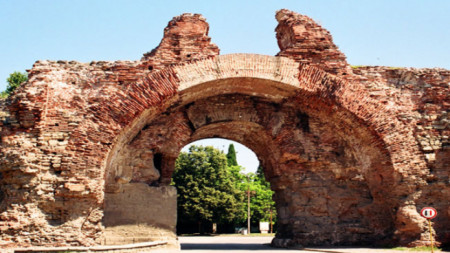 Hisarya is a year-round resort thanks to its climate, mineral springs and archeological sites, which are very well preserved. Here you can see the best preserved fortress wall in Europe and Roman baths, where mineral water is still flowing..

Fountain of happiness runs near village close to Sofia

Not far from the village of Bosnek located 40 km from the capital Sofia, flows a miraculous spring in whose waters many people seek healing and solace. It is also known as the Fountain of Happiness after Ottoman traveller Evliya Celebi gave it..