Summer tourism in Bulgaria – allowed, but under strict rules

Easing of anti-epidemic measures imposed due to Covid-19 in Bulgaria has been gradually reaching more and more sectors of the economy. Liberalization is already a fact for one of the most affected sectors of the economy – tourism. Hotels and restaurants can now welcome their guests by following the work instructions prepared by the Ministry of Tourism. Along with the obligatory enhanced hygiene after each guest, hotels must provide a personal sanitary set, including a mask and gloves for each tourist. It is advisable to avoid the use of hair dryers and vending machines, as well as air conditioning, which if possible can be replaced with a fan. When it comes to having a meal, it should take place in the outdoors, with at least a meter and a half of distance between tables, as schedules would prevent crowding. There are special requirements for the temperature of storage and washing of dishes. Entertainment for the children can be provided outdoors, observing the appropriate distance. Spa centers at hotels remain closed for the time being, but access to pools is allowed.

A poll by Radio Bulgaria with hoteliers in the country showed that they would comply with the requirements of the ministry and some of them are already preparing for the summer tourist season, as  hopes are aimed at Bulgarian tourists: "Until the situation with the 14-day quarantine period for those entering from abroad was clarified, we would not work with tourists from other countries," Svetla Atanasova, owner of hotels in Sunny Beach and Borovets says. "Bulgarian tourists are welcome, but we will see what will be decided for tourists coming from abroad. Whether the rules would be different for neighboring countries, or whether there would be charter flights remains unclear.

Dobromir Valev is optimistic that in his hotel on the Black Sea coast near Kavarna, will be able to welcome foreigners, although reservations for the period before June 10 have already been denied.

"Most of our guests are from Romania and Poland. We are still waiting for some information from Poland, as we do not know if there would be a problem with the flights. For the Romanian market, we hope that we would not have any problems, as most of our guests come with their own cars."

The hotelier explained that he was ready to isolate tourists with symptoms of Covid 19 in separate rooms, if necessary. According to him, the hotel is large and in the most optimistic scenario would be filled to 80% of its capacity. Zlatko Zlatanov, whose hotel is in Velingrad, is also using the moment before the start of the active summer tourist season, which is expected on July 1st, in order to renovate his hotel. Despite the situation, he does not plan to reduce prices, but rather to increase the quality of services he offers. As the spa centers remain closed, Mr. Zlatanov is ready to wait for the liberalization of this measure as well. According to him, Velingrad is the SPA capital of the Balkans and if only pools worked, it would not be enough. The hotelier expressed hope for what would happen after the situation normalized:

"The destination that will start functioning first is Velingrad, because since it was created, it has been working on the principle of weekend tourism. The rest of the time our hotels are 50-60% full. When it comes to weekly tourism, it will rather be difficult, because people were forced to take their paid leaves and that is why we have to rely mainly on weekends.”

Meanwhile, after a meeting with representatives of the tourism industry in Burgas, the Minister of Tourism Nikolina Angelkova announced that the ministry was negotiating for the possible opening of our borders with countries where epidemic situation is similar to that in our country. In addition, every foreign tourist would sign a declaration of travel at their own risk, which releases hoteliers from liability. 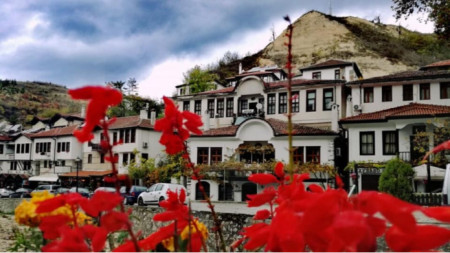 Alternative tourism is a set of sustainable practices aimed at satisfying the individual interests and needs of the tourist, as well as at preserving local nature and culture. The emphasis is on the contact with the preserved natural environment,.. 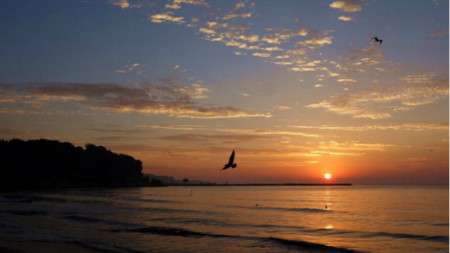 At 23 beaches along the Bulgarian Black Sea coast, beach accessories would be free of charge, Minister of Tourism Nikolina Angelkova announced in Sunny Beach. At the seaside, the Minister held a series of meetings with representatives of tourism..

Known as one of the centres of Bulgarian artistic crafts, the village of Oreshak close to Troyan, Northern Bulgaria, opens today from 11 a.m. to 2 p.m. an exhibition-bazaar entitled Troyan Masters. The event will take place in the park of the National..

Alternative tourism is a set of sustainable practices aimed at satisfying the individual interests and needs of the tourist, as well as at preserving local..