Greece will cut taxes to get out of crisis Greek Prime Minister Kyriakos Mitsotakis has announced a plan to restart the economy. Measures totaling 17 billion euros are aimed at supporting job preservation and tourism. Taxes are being reduced and business loans are being provided. Monthly compensations of 534 euros are being granted and the state will continue to cover 60% of the salaries of employees that had to go part-time. Athens will open the country to foreign tourists on June 15. Minister of Tourism Harris Theoharis pointed out Balkan countries and particularly Bulgaria as an example of countries that Greece will soon resume the tourist flow with.

Tensions between Serbia and Montenegro escalate over church dispute

Montenegrin President Milo Đukanović said the Serbian Orthodox Church wanted to govern Montenegro and determine its directions and character. The statement came after authorities arrested Serbian clerics who staged a liturgical march in violation of a ban on public appearances during coronavirus epidemic. Serbian Foreign Minister Ivica Dačić said the rights of the Serbian people and the Serbian Orthodox Church in Montenegro were a priority for Belgrade. Dačić even warned of a possible fratricidal war with Montenegro. President Đukanović described the threat as an unacceptable formula for a future of blood in the Balkans and added that Podgorica, as a European country, would implement the controversial Law on Freedom of Religion.

Following the end of the Covid-19 state of emergency, the Romanian parliament approved the introduction of a 30-day "state of alert". One of the measures is the obligatory wearing of masks in closed public spaces, in public transport and at the workplace. Masks are not mandatory for children under 5 years of age, for employees working alone in an office or at a distance of at least 2 meters from colleagues, for people with respiratory problems or performing heavy physical activity, as well as for TV presenters and the people they interview. Mask are required to cover the nose and mouth and to be changed once every 4 hours.

Early parliamentary elections to be held in Croatia

At government's request, the Croatian parliament has dissolved. President Zoran Milanović has scheduled parliamentary vote for July 5th. This will be the third parliamentary elections in Croatia with preferential voting. Although there have been few new coronavirus infections detected in recent days, the election will be different than usual. The procedures will be coordinated by the State Election Commission and the Croatian Institute of Public Health. The ruling Croatian Democratic Union has decided to run in the early elections, which it hopes to win, due to its rising rating related to successfully dealing with the Covid-19 crisis. Turkish President Recep Tayyip Erdoğan has introduced curfew during the four days of the holiday of Ramadan Bayram from May 23rd to 26th. The mosques will open after May 29. Schools will remain closed until the end of the school year, the President also said. Turkey, the world's 19th largest economy with a GDP of 710 billion euros, has entered a recession due to the coronavirus crisis. Because of difficulties with external lending, especially in the private sector, the Turkish lira, has been depreciating. The government has been trying to resume economic activity as soon as possible, starting with the activation of the tourism sector. Ankara has conducted "tourism diplomacy" and established contact with 70 countries, in order to attract tourists.

Demolition of a theater sparks political tension in AlbaniaSerbia The demolition of the National Theater in Tirana has sparked mass protests in Albania, despite restrictions on public events because of Covid-19. Clashes and arrests of opposition leaders followed. Protesters are calling for a new theater with identical architecture to be built on the same site in the center of the Albanian capital. The EU has called for calming the situation. A statement from the EU Representation in Tirana, said the National Theater had been demolished despite calls from Brussels for dialogue between the authorities and the civic society before "irreversible decisions" were made. 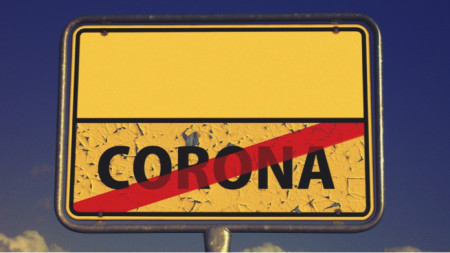 Covid-19 is retreating from the Balkans A tendency is discernible of a decline in the Covid-19 epidemic in the Balkans. On 28 May the number of newly registered coronavirus cases in Serbia over the past 24 hours is 48, with a positive.. 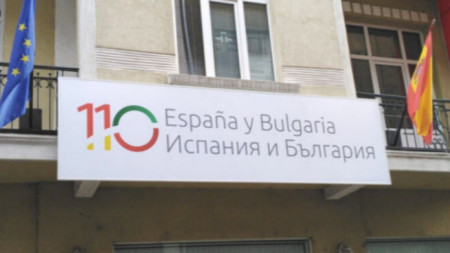 The official diplomatic relations between Bulgaria and Spain, present-day partners in the European Union and NATO, were established on May 8, 1910. A historical look back shows that the first contacts between Sofia and Madrid date back to more.. 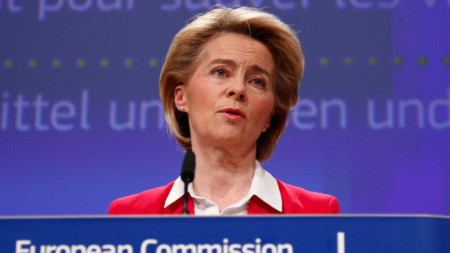 In an exclusive interview with the Bulgarian National Radio, European Commission President Ursula von der Leyen said the pandemic with the coronavirus was still in a critical moment, despite some better news heard in recent days. Von der Leyen..